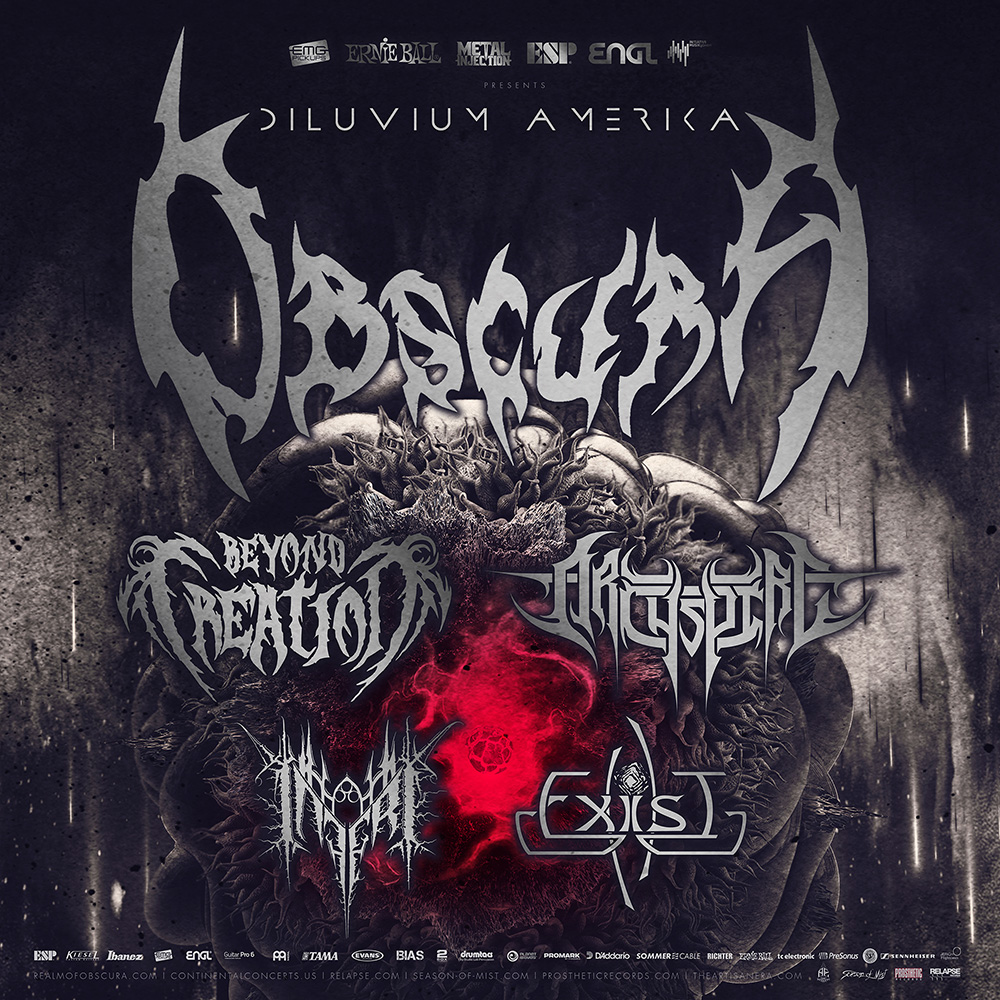 “Obscura finally return to North America with an extended headlining tour supporting our brand new record “Diluvium” which marks the end of a ten year long lasting four album cycle. With Beyond Creation, Archspire, Inferi and Exist we return to the United States and Canada with the most extreme tour of the year. We can’t wait to hit the road again and present you songs off all four records “Cosmogenesis”, “Omnivium”, “Akroasis” and “Diluvium”.” – Steffen Kummerer

Additionally, OBSCURA have announced a North American headlining tour set to take place from mid September through early October. The band will be joined by Beyond Creation, Archspire, Inferi & Exist for what is sure to be THE most talked about progressive death metal tour of the year. The full list of tour dates will be announced shortly.

Watch the previously released video for “Diluvium” via YouTube HERE and stream the song AT THIS LOCATION. “Diluvium” was directed by Mirko Witzki (Kreator, Blind Guardian, Caliban) and further explores the album’s celestial themes.