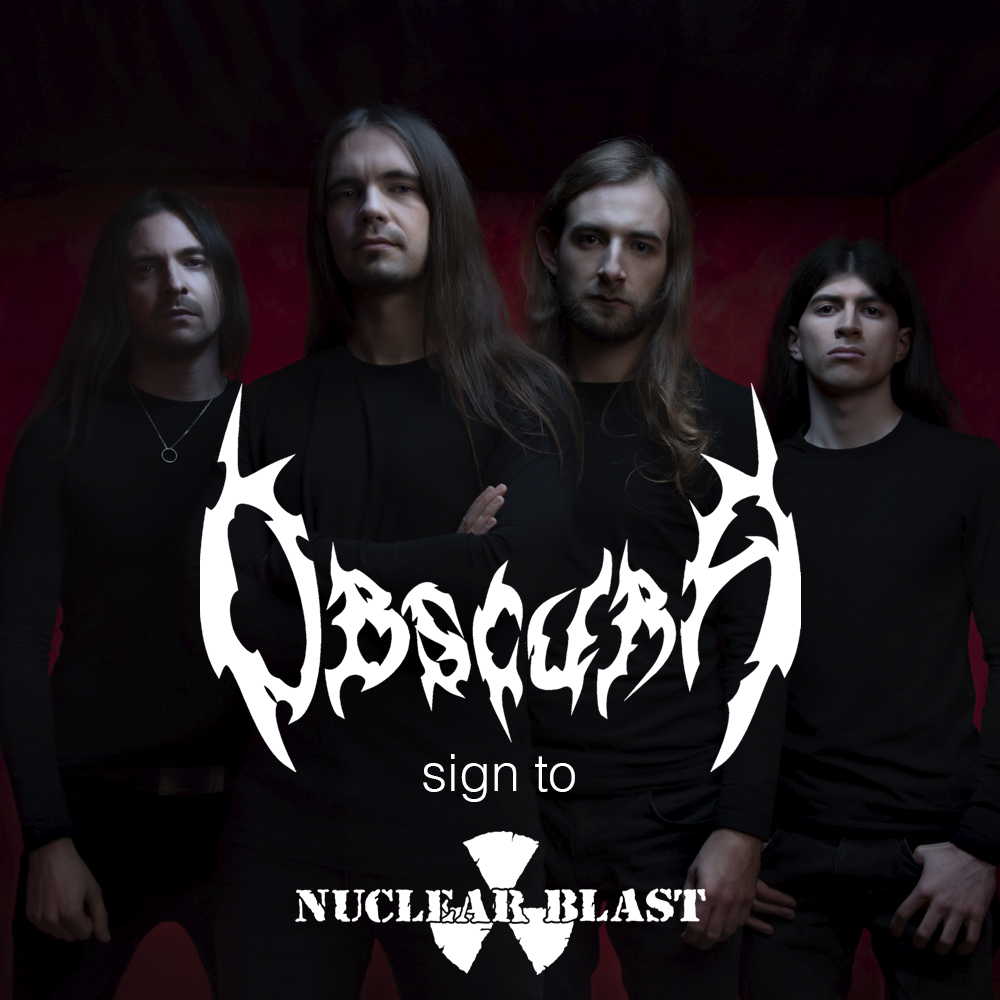 Today, Nuclear Blast is pleased to announce the signing of Germany’s finest progressive death metal band, OBSCURA. Founded in 2002, the group have established their reputation by releasing 5 studio albums which have been highly acclaimed by fans and press alike, accompanied by playing support tours (w/ SEPULTURA, CHILDREN OF BODOM, CANNIBAL CORPSE among others) as well as their own headline shows all around the globe.

Obscura’s Steffen Kummerer states, “Partnering with the world’s biggest independent metal label feels like the start of a new chapter for OBSCURA and we are very much looking forward to a great collaboration and to releasing our forthcoming sixth studio album with a great team at our side.“

Nuclear Blast‘s Jaap Wagemaker adds, “As fans ourselves at Nuclear Blast, we have long admired the artistry of German progressive death metal masters OBSCURA. We were blown away by their musical 4-album cycle that started with »Cosmogenesis« and ended with »Diluvium« complete with all the band’s signature elements plus groundbreaking polyrhythms, dramatic songwriting, and jaw-dropping virtuosity!

We knew that OBSCURA has the potential to become one of the leading forces in progressive death metal worldwide, so when the opportunity came to work with them, there was no room for second thoughts. We at Nuclear Blast are very curious to see where OBSCURA’s musicial journey beyond »Diluvium« will bring them. If you are a fan of progressive metal, you should definitely check out this band!”