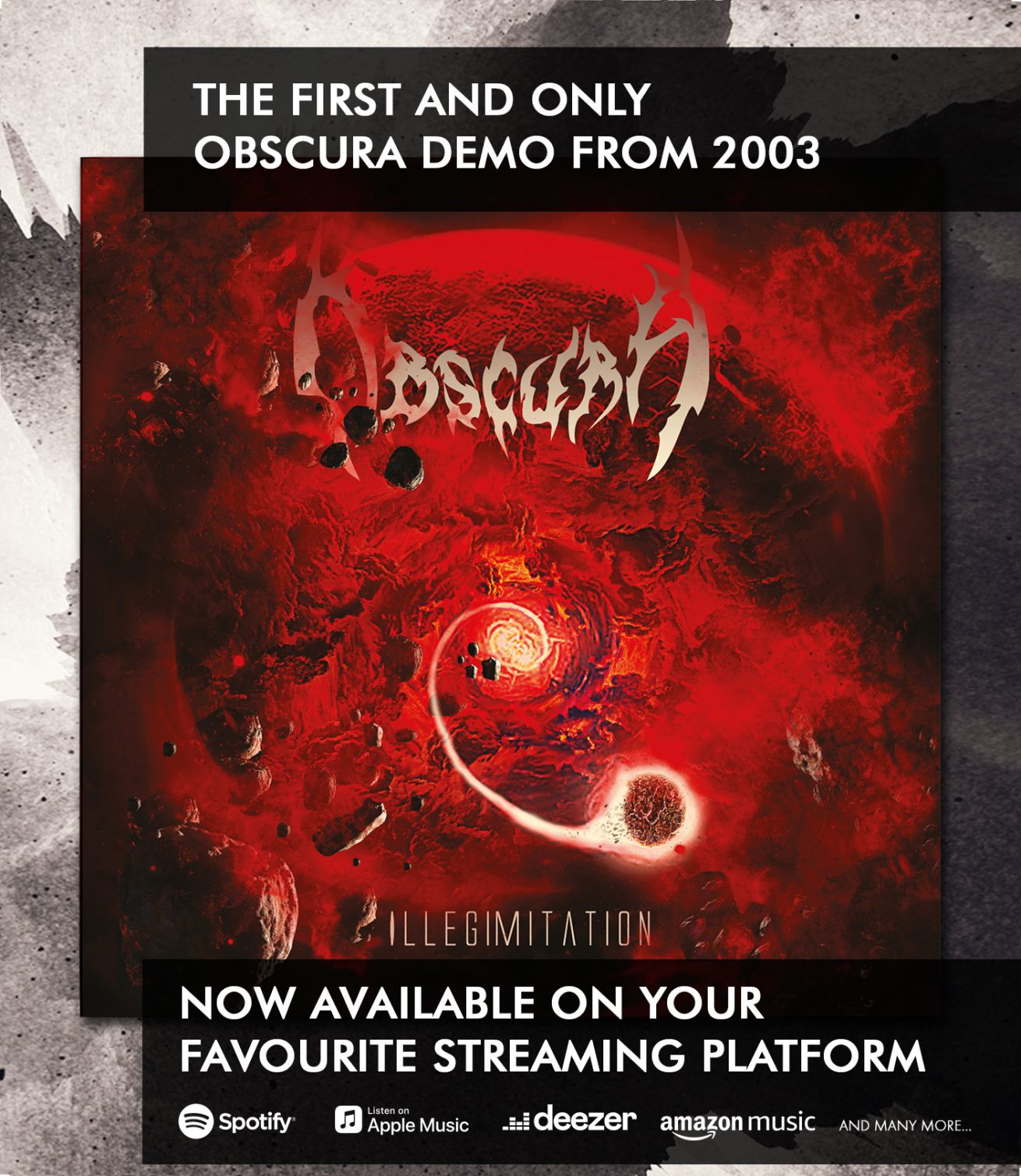 The first and only OBSCURA demo is now available on all major streaming platforms!

“Illegimitation shows the band in it’s juvenile and purest form; the first and only demo was recorded in 2003 with engineer V. Santura who shall become an international respected producer in later years. Those four songs represent the earliest steps with the original lineup consisting Martin Ketzer on Vocals & Bass, Armin Seitz on Guitar and Jonas Baumgartl on Drums and Cello. The material ranges between death, black and thrash metal with a pinch of our experimental side we embossed on later releases.

In late 2006, right after finishing our first European tour supporting Obscura’s debut “Retribution“, we booked a studio session to record a row of covers and compositions for our second album “Cosmogenesis” with the lineup Markus Lempsch on Guitar, Jonas Fischer on Bass and Jonas Baumgartl on Drums.

To spice up the compilation “Illegimitation“, we went back to Woodshed Studios with V. Santura in 2011 and recorded three covers of bands that had their impact on the early years of Obscura; Death, Cynic and Atheist. Recording those three songs has been the debut for Linus Klausenitzer on fretless bass, and turned into the last session with Christian Münzner and Hannes Grossmann.

Since the vinyl edition was sold out years ago, and CDs are quite obsolete for most fans these days, the entire compilation will be available in digital form on all common platforms. Enjoy and see you on the road.!

Check this link to choose your favourite provider now:
my.spread.link/apxk