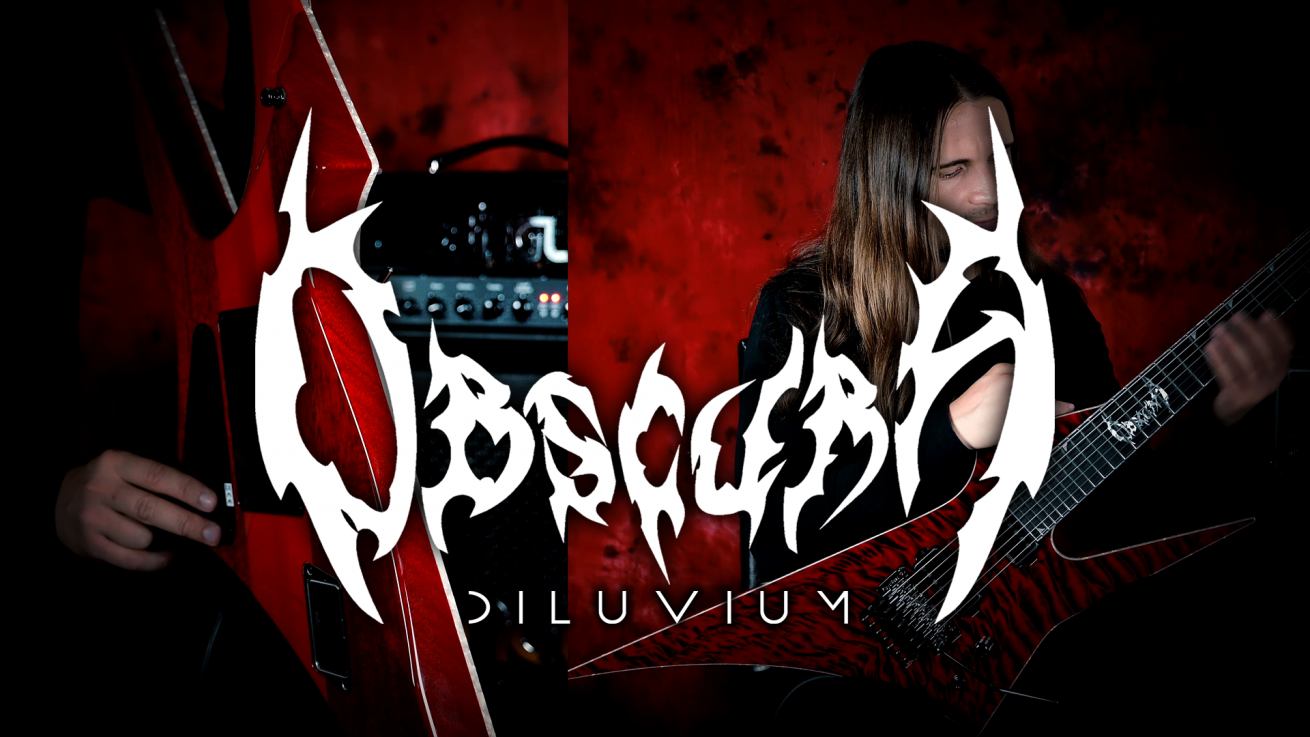 A new video in which OBSCURA guitarist and vocalist Steffen Kummerer presents his ESP Guitars Japan Custom model – from its unique shape to selected EMG pickups – can be seen below.

„After three years in the making, ESP Guitars released an astonishing instrument which perfectly suits my needs on stage and in the studio. Working on this project with excellent people in Germany, the United States and Japan over such a long period turned into a unique guitar featuring the finest Japanese craftsmanship. Makoto Suzuki and his team of ESP Japan delivered an excellent, perfect built guitar – top-notch of quality combined with breathtaking design. The choice of adding scalloped frets, a tailor-made cutaway and customized solutions for every need enhanced the playing experience.

I am looking forward to recording OBSCURA’s new album by the end of this year and start rehearsing for all upcoming tours and festivals. With Christian Münzner, Jeroen Paul Thesseling and David Diepold a new chapter of the band begun and we are excited to release new music through our new partner NUCLEAR BLAST.”

Founded OBSCURA and THULCANDRA in 2002 and 2003 respectively, Kummerer is leading both groups up today, receiving worldwide recognition as vocalist & guitarist. OBSCURA established its reputation by releasing five studio albums which have been highly acclaimed by fans and press alike, accompanied by hundreds of shows all around the globe. Putting great emphasis on hooks and songwriting, OBSCURA became one of the modern age elites within the genre.

In 2017, Kummerer left RAN Guitars after 15 years of successful collaboration.