OBSCURA | finished songwriting and enter the studio for the sixth album soon! 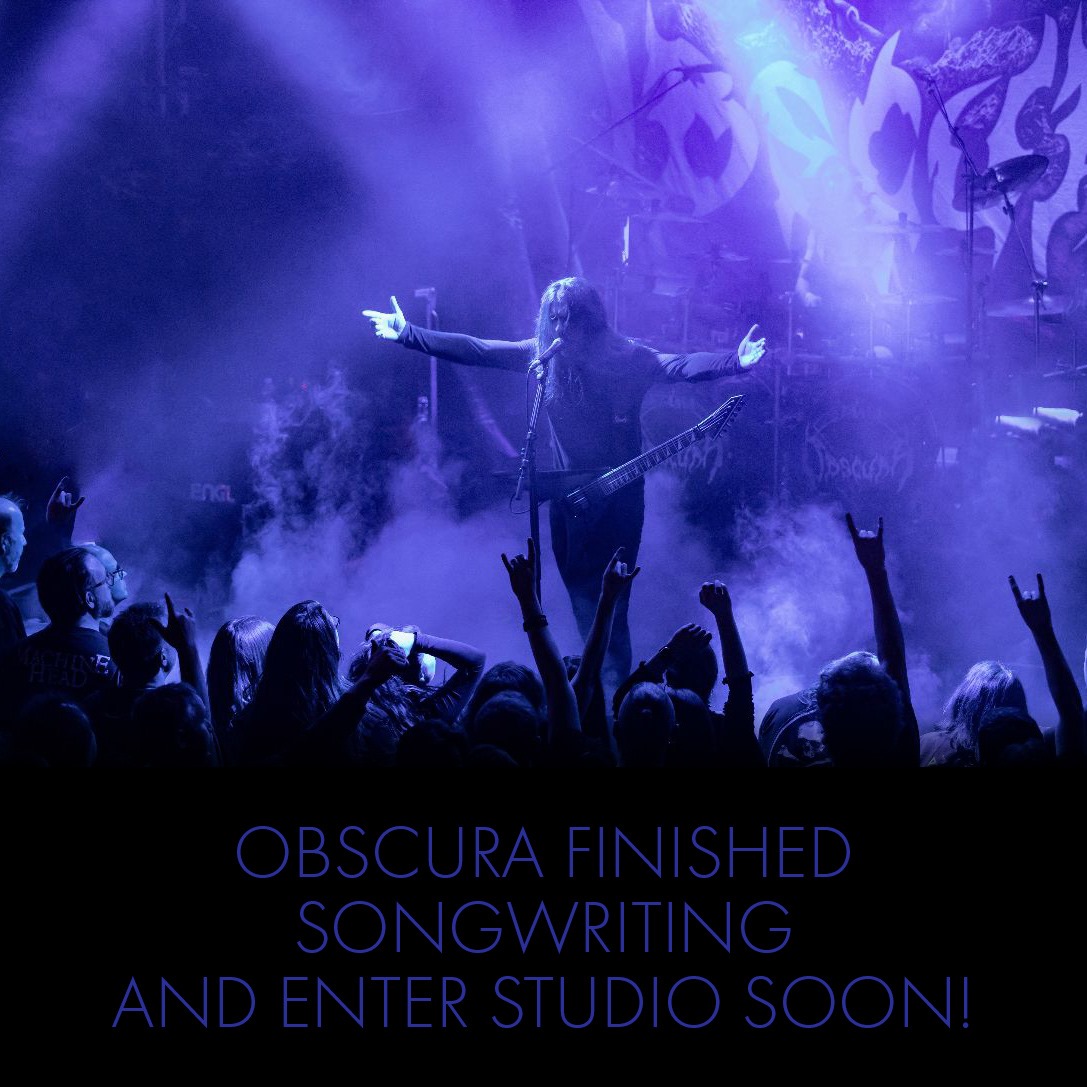 German tech death metal titans, OBSCURA, finished the songwriting for their upcoming album and enter the studio to record the follow-up to 2018’s “Diluvium“. The sixth album of OBSCURA is scheduled for a 2021 woldwide release via Nuclear Blast. The band tapped famous award-winning producer Fredrik Nordström for the upcoming full-length album and booked famous Studio Fredman, located in Gothenburg, Sweden.

Steffen Kummerer states: „As of now, songwriting duties for the new, yet untitled album, have been finished. We picked the most promising compositions out of more than twenty pieces written during the last months and we can’t wait to record our sixth studio effort, starting in December. While the new album contains more guitar solos than any of our records before, all compositions are eagerly waiting to be performed live on stage and celebrated worldwide with our fans. As a collective, we are enthusiastic about the diverse, progressive and heavy songs to be released in 2021 through Nuclear Blast records.”

OBSCURA was formed by Steffen Kummerer in 2002 and established its reputation by releasing five studio albums that have been highly acclaimed by fans and press alike. Putting great emphasis on hooks and songwriting, OBSCURA became one of the modern age elites within the genre. Their latest album “Diluvium” is a stunning achievement for the illustrious quartet and a landmark release for progressive metal as a whole. Complete with all the band’s signature elements plus groundbreaking polyrhythms, dramatic songwriting, and jaw-dropping virtuosity, OBSCURA raised the bar with an album that will go down in the annals of metal history as one of the most astonishing performances the genre has to offer.